To celebrate the end of the semester, allow me to present to you a master post of my differential equations professor's (usually unintentionally) humorous sayings:

v  It’s falling because that’s what things do.

v  A differential equation is something with a lot of x’s.

v  If that’s a sense allowed in the English language.

v  Stand back! I’m about to do some basic arithmetic!

v  Say you have p sheep and some of the sheep kill each other. These are vicious sheep.

v  Partial fractions! We should be having traumatic memories of Cal 2 right now.

v  All models are bad, but some are useful.

v  This dry-erase marker is larger than an atom.

v  We can employ the method of… whatever to solve that.

v  There’s a quote… the shortest path between two truths passes through the complex plane.

v  Any questions on how to find T? I hope we only have to find it for T, not coffee. *takes a sip*

v  I think f needs to be continuous for this theorem. Eh, I don’t care.

v  I’m not an expert on differential equations. I’m just teaching this class because no one else wanted to.

v  Is everyone kind of okay with this?

v  Are you not entertained?

v  Okay, just pretend I’m allowed to multiply. Turns out I am. There’s probably a theorem somewhere to prove it.

v  We will solve this for the general solution, which is the answer of… whatever form for all questions like this.

v  This is an important theorem, which we won’t prove. Hooray.

v  It’s a fact from… somewhere… that an irreducible quadratic can be written as a sum of two square. You probably remember from algebra, how you could write it with arctan… Well, we’re doing something else now.

v  It will be the solution, the only solution, by some uniqueness theorem.

v  This is one of our favorite methods from Cal 2. And how many times do we need to use it? Dos!

v  Is everyone okay with how we found x? The battle for x is over.

v  I think there is an arbitrary constant somewhere that I missed that’s important. Sorry, guys.

Email ThisBlogThis!Share to TwitterShare to FacebookShare to Pinterest
Labels: school
"Why did we solve for F(x, y)?"

"Because you told us to."

- my differential equations professor and a disgruntled student
Posted by Elyse at 2:52 PM No comments:

Email ThisBlogThis!Share to TwitterShare to FacebookShare to Pinterest
Labels: school

Saruman Will Defeat Rohan With Sugar 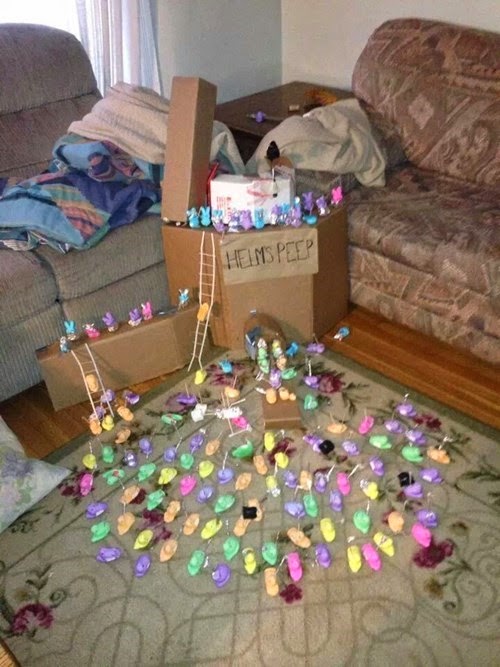 "Is this it? Is this all you can conjure, Saruman?"

...a few attacks by the brightly-colored blobs of sugary goodness on the Hornburg later...

"What can men do against such reckless Peeps?"

Okay, I thought it was funny. *slinks away*

Elyse
Posted by Elyse at 7:45 PM No comments: 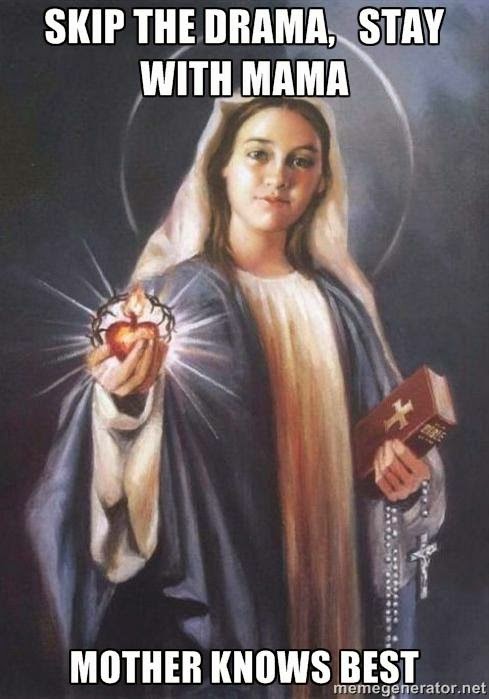 This time, you really do want to skip the drama and stay with mama, because Our Lady truly does know best.

(I can't remember where I found that one, but it was on some Catholic Facebook face. I've found a lot of them. I'd never join Facebook just for their sake when I can lurk and snap up unconsidered trifles... memes, that is... but they do provide funny ways of sharing the Faith. I am very grateful for that.)

Oh, and this one was hilarious: 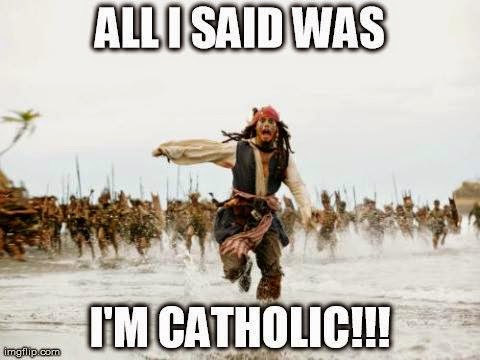 This is pretty much what happens whenever an evangelical Christian smells Catholicism. I've never been on the receiving end of this other than that one time. Actually, I've been pretty surprised by how little prejudice I've encountered at college (relatively speaking).

It probably helps that I avoid social interactions. Ah, well.

Elyse
Posted by Elyse at 8:45 PM No comments:

Email ThisBlogThis!Share to TwitterShare to FacebookShare to Pinterest
Labels: Catholic

I'm at that point of the semester where I don't know if I want to sleep or cry in a corner more. This point of the semester is also characterized by the inability to decide whether to completely shut the world off and focus exclusively on studying or to just give up and start watching random animes until the wee hours of the morning.

Email ThisBlogThis!Share to TwitterShare to FacebookShare to Pinterest
Labels: school

I would like to promulgate the following theory, proposed by myself about the relationship between real life and one's private fantasies:

I do not know what units C will have, but right now it's looking something like grams/seconds. However, it is hard to define a mental/spiritual quality in physical terms, so this attempt to define it is doomed.

I still think this should be published in a research journal somewhere.

Email ThisBlogThis!Share to TwitterShare to FacebookShare to Pinterest
Labels: my stuff, school, science!

Help, The Fandom's Dragging Me Under!

When I know enough about Naruto to be able to understand where this Catholic Anime meme is coming from and also to be able to say, "Well, in his case, some angst is justified," that's a bad sign.

Someone, help. This fandom is dragging me under. I swore I would never join the league of magic ninjas. And you know what happens whenever I say "never"? IT HAPPENS.

I don't wanna join this fandom! I have the sinking sensation that my favorite character would be Sasuke and that I would then get my heart broken. I have enough depressing fandoms on my plate right now, thank you very much. *coughThereAndBackAgaincough*

*flees before the ninjas appear*

Elyse
Posted by Elyse at 3:09 PM No comments:

Email ThisBlogThis!Share to TwitterShare to FacebookShare to Pinterest
Labels: Naruto

For Your Holy Week Amusement

I am back with the latest round of Catholic-themed funnies! Credits for these first few go to Pope Hilarious gags on Facebook:

This is both hilarious and very true. I think I'm going to save it, as I have the feeling I might someday be able to use it.

...I have quite an arsenal of Pope Benedict pictures and other Catholic-themed funnies with which to challenge any anti-Catholic hate directed towards me on the Internet. However, I haven't gotten any anti-Catholic hate. Strange. Not that I'm complaining, mind you. I just find it odd that the ultra-liberals haven't found me yet.

I guess there's benefits to being overlooked, as Merry Brandybuck once said. (Read the book.)

How's that for a good picture of Xtreme Papa? XD I like to call him that. I even have a shirt that says that, complete with a picture of him wearing sunglasses. (The image is sadly coming to pieces after being washed, so I don't wear it that often - twice a year at the most.) I continue the tradition by also saying 'Papa Ben' and 'Papa Frankie', even if I do it only on the Internet.

The Swiss Guards (Cors Helvetica) do not look impressed.

I have another of Pope Pius XII captioned: VENI AD ME, FRA, which is Latin for, "Come at me, bro." He seems to have been prone to this stance.

This one's on Papa Frankie. His poor assistants... XD

Elyse
Posted by Elyse at 3:04 PM No comments:

Email ThisBlogThis!Share to TwitterShare to FacebookShare to Pinterest
Labels: Catholic

IUPAC Is A Headache

It's a bad sign when even your organic textbook gives up on trying to explain the reasoning behind some of IUPAC's nomenclature decisions and just says: "To keep things interesting, however, IUPAC recognizes eight exceptions for which a -yl ending rather than an -oyl ending is used..."

I really can't decide if IUPAC has its mysterious reasons for deciding how we should name chemical compounds, or if it's just a bunch of nutty Ph.D chemists in a room somewhere laughing maniacally as they assign arbitrary rules that we must all treat as law.

Elyse
Posted by Elyse at 1:34 PM No comments:

Email ThisBlogThis!Share to TwitterShare to FacebookShare to Pinterest
Labels: science!

My Latest Obsession Now Has Pictures

I cracked. I caved in. I preformed a Google search. Here are the glorious (non-spoilery) results: Oh, and since I'm one of those people massively upset that Hawkeye/Clint Barton hasn't had any more attention (because he is seriously awesome and deserves all the love), here's a picture of him, too:

I see no downsides to having these two awesome snipers on our Avengers team. Nope. None whatsoever.

*goes back to having non-fictional feels about fictional characters* 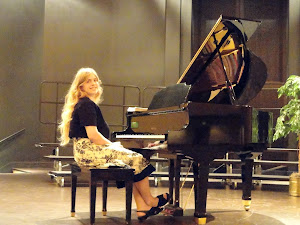 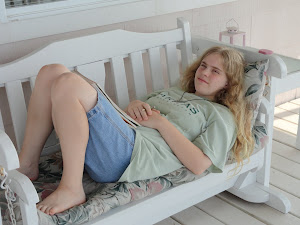 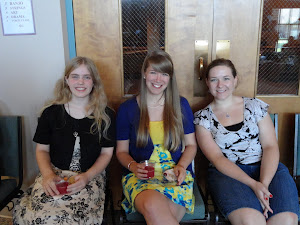 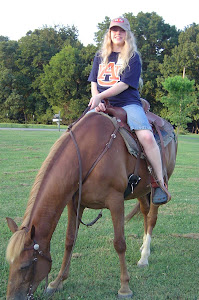 And this is my horse, Molly. 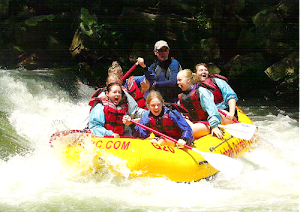 Rafting on the Nantahala, 2010. I love how the rest of them are screaming their heads off.

Even More Books I Recommend 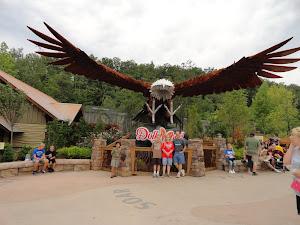 I rode the Wild Eagle at Dollywood! Twice! And I have the T-shirt to prove it!

"There are some things it is better to begin rather than to refuse, even though the ending be dark." 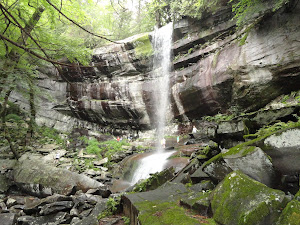 "I had forgotten that," said Eomer. "It is hard to be sure of anything among so many marvels. The world is all grown strange. Elf and Dwarf in company walk in our daily fields; and folk speak with the Lady of the Wood and yet live; and the Sword comes back to war that was broken in the long ages ere the fathers of our fathers rode into the Mark! How shall a man judge what to do in such times?"

"As he has ever judged," said Aragorn. "Good and ill have not changed since yesteryear; nor are they one thing among Elves and Dwarves and another among Men. It is a man's part to discern them, as much in the Golden Wood as in his own house." 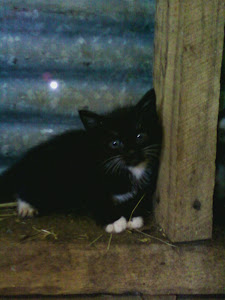 Mittens! This is one of my brother's cats. Of course, any cat with white paws MUST be named Mittens.

"Do we walk in legends or on the green earth in the daylight?"

"A man may do both," said Aragorn. "For not we but those who will come after will make the legends of our time. The green earth, say you? That is a mighty matter of legend, though you tread it under the light of day!" 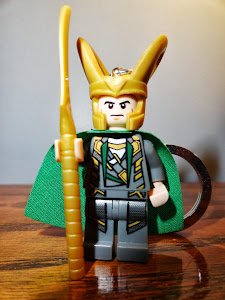 LEGO Loki of Asgard is burdened with a glorious purpose... to decorate my keychain.

"...I will not trouble you now. If ever beyond hope you return to the lands ofy the living and we re-tell our tales, sitting by a wall in the sun, laughing at old grief, you shall tell me then. Until that time, or some other time beyond the vision of the Seeing-stones of Numenor, farewell!" 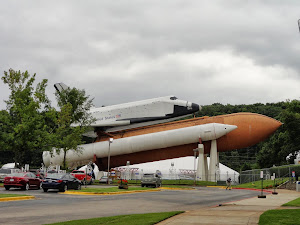 NASA Pathfinder. What? It's awesome. 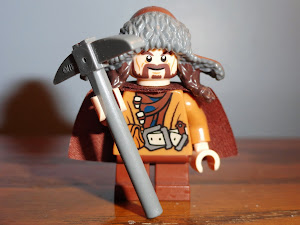 Bofur is quite possibly the most adorable LEGO of all time. Just look at that smile! 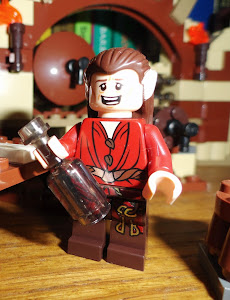 The Drunk Elf is always funny. 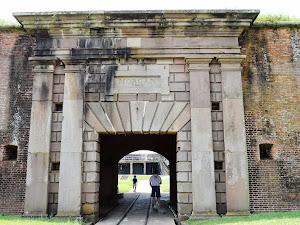